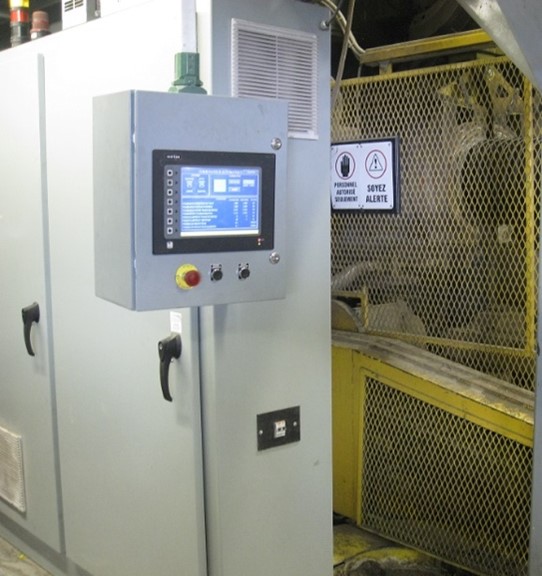 Soleno, a major corrugated plastic piping manufacturer, was struggling with a lack of reliability of the 2 corrugators the company depends on in Quebec for the production of 12-inch to 48-inch diameter pipes. Those corrugators are producing continuous piping thanks to a removable mold train propelled by synchronized servomotor-driven axes. The following problems were occurring:

To address those problems, Lem Technologies worked closely with Soleno to pave the way for a successful modernization:

Soleno can take full advantage of its corrugators since the modernization, which has provided the following benefits: